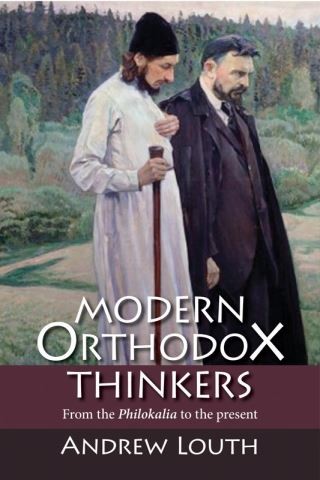 From the Philokalia to the Present Day

Starting with the influence of the Philokalia in nineteenth-century Russia, the book moves through the Slavophiles, Solov´ev, Florensky in Russia and then traces the story through the Christian intellectuals exiled from Stalin’s Russia—Bulgakov, Berdyaev, Florovsky, Lossky, Lot-Borodine, Skobtsova—and a couple of theologians outside the Russian world: the Romanian Staniloae and the Serbian Popovich, both of whom studied in Paris.

Andrew Louth then considers the contributions of the second generation Russians – Evdokimov, Meyendorff, Schmemann – and the theologians of Greece from the sixties onwards—Zizioulas, Yannaras, and others, as well as influential monks and spiritual elders, especially Fr Sophrony of the monastery in Essex and his mentor, St Silouan. The book concludes with an illuminating chapter on Metropolitan Kallistos and the theological vision of the Philokalia.

Andrew Louth: Andrew Louth is Professor Emeritus of Patristic and Byzantine Studies at the University of Durham. He held a visiting chair in Eastern Orthodox Theology at the Vrije Universiteit, Amsterdam, attached to the newly-established Amsterdam Centre for Eastern Orthodox Theology (ACEOT). He is an archpriest of the Russian Orthodox Church (Diocese of Sourozh, Moscow Patriarchate). Author of several books and many articles.