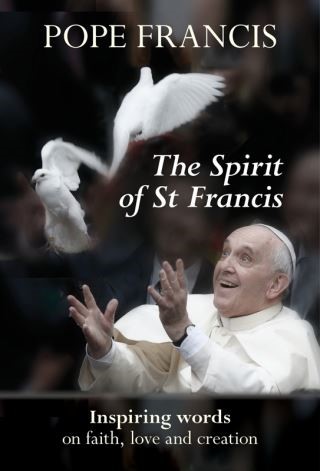 The Spirit of St Francis

‘Some people want to know why I wished to be called Francis. For me, Francis of Assisi is the man of poverty, the man of peace, the man who loves and protects creation.’
Pope Francis, March 16, 2013

By taking the name of one of the most widely respected figures in history, Pope Francis set a high bar for his papacy. The legacy of St Francis is epic: a breath-taking testament to divine love and the human capacity for compassion and joy. Since his election in March 2013, the pope’s Franciscan ‘accent’ has become increasingly evident. His optimism, creativity, courage, and playful sense of humour are reminiscent of the beloved saint.

Pope Francis: Pope Francis
Pope Francis (formerly Cardinal Jorge Mario Bergoglio, S.J.), served the Jesuits as novice master, lecturer, provincial, confessor, and spiritual director before Pope John Paul II named him Archbishop of Buenos Aires. He was elected to the papacy on March 13, 2013. He is the first pope from the Americas and the first pope to choose the name Francis, in honour of Saint Francis of Assisi.