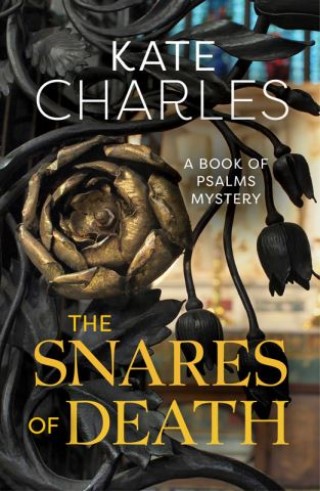 The Snares of Death

Everyone agrees that Bob Dexter, the prominent Evangelical clergyman, has a great deal of personal charisma. Those who know him realise that he also has an unshakable faith in his own righteousness, and a real talent for rubbing people up the wrong way.
It is no surprise, therefore, that someone should want to kill him. In fact, when the Reverend Dexter moves to a small Norfolk parish, traditionally Anglo-Catholic, and begins remoulding it in his own image, his distraught parishioners are not the only ones with good reason to want to remove him. And there are secrets in his seemingly tranquil family life that Dexter does not even begin to suspect – until the fateful and eventful day of his death.
Solicitor David Middleton-Brown and his artist-friend Lucy Kingsley step in to investigate. Their search for the truth culminates at the annual National Pilgrimage to Walsingham, where Anglo-Catholic pomp clashes with heated Evangelical protest, and feelings run perilously high. Too late, perhaps, David realises the danger: will he be in time to prevent a second murder?

Kate Charles: Kate Charles
Kate Charles, who was described by the Oxford Times as 'a most English writer', is in fact an expatriate American, though an unashamedly Anglophilic one. She has a special interest and expertise in clerical mysteries, and lectures frequently on crime novels with church backgrounds. Kate lives in Bedford with her husband and their dog, and is a former Chairman of the Crime Writers' Association and the Barbara Pym Society.