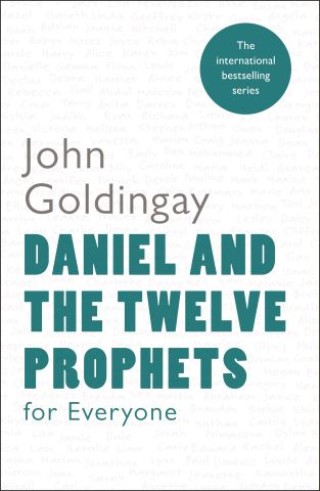 Daniel and the Twelve Prophets for Everyone

The Book of Daniel begins with the trials of the Judahites in the aftermath of Jerusalem’s destruction by the Babylonians in 587 BC, when many were forced to live as immigrants in a strange land. It continues with visions relating to the trials of Judahites back in Jerusalem in a time of persecution four centuries later, visions that promise them God’s deliverance.

The twelve shorter prophets are situated between the eighth and fifth centuries and speak both warnings and instructions to God’s people. For instance, Amos’s visions warn of Israel’s downfall, Jonah speaks to a wayward generation in Nineveh, and Haggai encourages the people to rebuild God’s temple in Jerusalem. Although these prophets appear at different times and preach to different audiences, they all have at their core an understanding of God’s overwhelming desire to connect with and reconcile himself to his people.

Using personal anecdote, a witty and lively style, and drawing on his considerable theological knowledge, John Goldingay takes us deep into the unfolding story of the Old Testament.

John Goldingay: John Goldingay is Professor of Old Testament in the School of Theology at the Fuller Theological Seminary in the USA. Prior to joining Fuller, he was principal and a professor of Old Testament and Hebrew at St John's Theological College, Nottingham. His published titles include Old Testament Theology (two volumes published, with more to come) and commentaries on Daniel, Isaiah, and Psalms. As well as being a member of the Society of Biblical Literature, he serves on the editorial board for the Library of Hebrew Bible/Old Testament Studies.