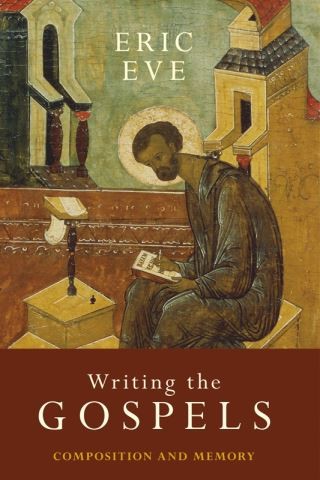 Ancient authors and readers did not work with manuscripts the way we work with printed texts. It is thus all too easy to fall into anachronistic assumptions about how the Gospels were written. Writing the Gospels challenges such assumptions in the light of recent work on ancient media studies and suggests more appropriate models for the composition of the New Testament Gospels.

The main argument is that memory would have been central to the process of composition. The Evangelists almost certainly relied on their memory of the Hebrew Scriptures (and Israelite tradition in general) for their use of them. They will also have been both informed and constrained by the social memory of the primitive Church. It is argued here that they will most likely have relied on their memory of their written sources, or at least, that it is a better working assumption that they did so than that they necessarily worked with their written sources open in front of them. So, for example, Matthew may well have been used to performing Mark from memory and would have had no need to consult a copy if he used Mark as the basis of his own work.

While other aspects of ancient composition are addressed, the main concerns of this study are first to establish the centrality of memory in ancient composition and secondly to explore the implications of assuming that the Evangelists worked mainly from memory, as many of their contemporaries did.

Eric Eve: Eric Eve is Fellow and Tutor in Theology at Harris Manchester College, Oxford. He has published a number of articles and other short pieces on various aspects of the Gospels and Jesus (usually related to miracles, to media criticism or to the Synoptic Problem) and is also the author of <i>The Jewish Context of Jesus’ Miracles </i>(2002), <i>The Healer from Nazareth: Jesus’ Miracles in their Historical Context</i> (2009) and <i>Behind the Gospels: Understanding the Oral Tradition </i>(2013).