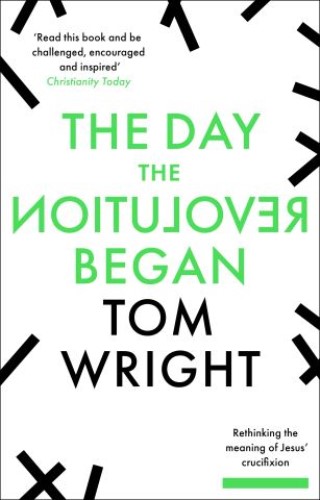 The Day the Revolution Began

Rethinking The Meaning Of Jesus' Crucifixion

In The Day the Revolution Began Tom Wright invites you to consider the full meaning of the event at the heart of the Christian faith – Jesus’ crucifixion.

As he did in his acclaimed Surprised by Hope, Wright once again challenges commonly held beliefs, this time arguing that the Protestant Reformation did not go far enough in reshaping our understanding of the Cross.

With his characteristic rigour and incisiveness, he goes back to the New Testament to show that Jesus’ death not only releases us from the guilt and power of sin, but is nothing less than the beginning of a world-wide revolution that continues to this day – a revolution that creates and energizes a movement responsible for restoring and reconciling the whole of God’s creation.

The Day the Revolution Began will take you to a new level in your appreciation of the meaning of Jesus’ sacrifice: opening up its powerful and amazing implications, inspiring you with a renewed sense of purpose and hope, and reminding you of the crucial role you can play in the world-transforming movement that Jesus started.