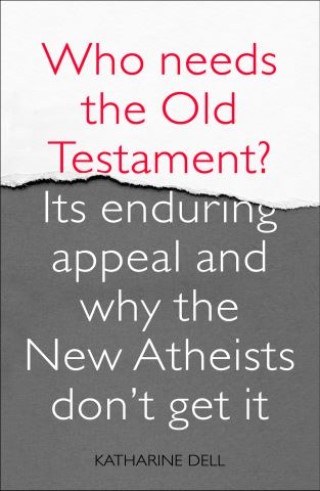 Who Needs the Old Testament?

Its Enduring Appeal and Why the New Atheists Don't Get It

Who needs the Old Testament?

It might be a literary classic, but what relevance does it have today?

How much of it can we believe anyway?

Katharine Dell invites you to rediscover the appeal of the Old Testament for the twenty-first century. In doing so she deftly refutes hard-line attacks by writers such as Richard Dawkins; she firmly critiques the atheistic agenda of those scholars who seek to undermine the Old Testament's historical grounding; and she helpfully reassures those within the church who express doubts about its usefulness as a resource for Christian life and thought.

Written by a world expert, this book will help many, both inside and outside the church, to gain a more informed appreciation of the different kinds of literature contained in the Old Testament, and a more nuanced understanding of the developing vision of God to which they witness.

PART ONE: Breaking the New Atheist Spell
Chapter 1: From Dawkins to Marcion: countering scepticism and atheism.
Chapter 2: The character and scope of the Old Testament: Countering a bad press.
Chapter 3: Meeting Dawkins head-on: texts in Genesis.
Chapter 4: Homing in on Hitchens: Exodus, Numbers and legal texts.
Chapter 5: Countering Dawkins: Texts in the ‘histories’.

PART TWO: Engaging with the Old Testament
Chapter 6: The Writings: a neglected corner of the Old Testament.
Chapter 7: The Prophets: a more convincing source of morality?
Chapter 8: Back to the Pentateuch and Historical books: the power of story.
Chapter 9: Questioning the history of Israel: scepticism within the Academy.
Chapter 10: A Christian Perspective on the Old Testament.