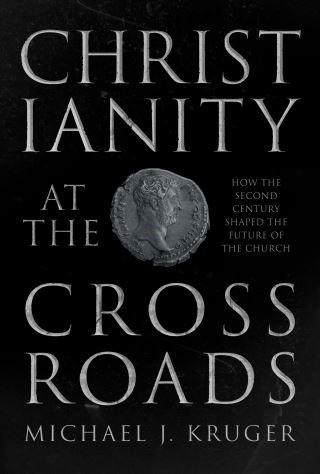 Christianity at the Crossroads

How the Second Century Shaped the Future of the Church

The second century is a crucial period, in which Christianity emerges with a developing canon of scripture, ecclesiastical structure, patterns of worship, and firmer distinctions between ‘orthodoxy’ and ‘heresy’

Michael J. Kruger: Dr. Michael J. Kruger (Ph.D., University of Edinburgh) is President and the Samuel C. Patterson Professor of New Testament and Early Christianity at Reformed Theological Seminary in Charlotte, NC. He is one of the leading scholars today in the study of the origins of the New Testament, particularly the development of the New Testament canon and the transmission of the New Testament text. He is the author of numerous books including <i>The Gospel of the Savior</i> (Brill, 2005), <i>The Heresy of Orthodoxy</i> (Crossway, 2010, with Andreas Köstenberger), <i>Canon Revisited</i> (Crossway, 2012), and <i>The Question of Canon</i> (IVP, 2013). He is also the co-editor of <i>The Early Text of the New Testament</i> (Oxford, 2012), and <i>Gospel Fragments</i> (Oxford, 2009). Dr. Kruger is ordained in the Presbyterian Church in America and serves (part-time) as Pastor of Teaching at Uptown PCA in Charlotte.