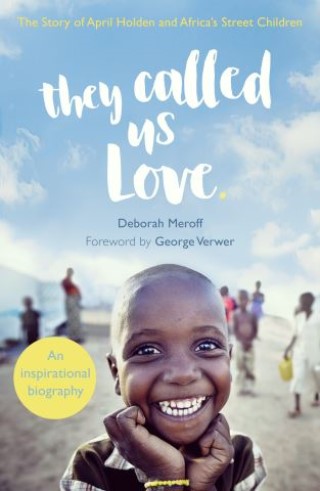 They Called Us Love

The Story of April Holden and Africa's Street Children

April Holden was told Africa would lead to her death. She went anyway.

Despite chronic health problems, she was accepted by a mission, which sent her initially to Egypt. Then she seized the chance to move to one of the toughest, most war-torn countries in North Africa, pioneering homes for street boys traumatized by war or fleeing abuse. In these loving homes, the youngsters could recover and, repeatedly, she saw miracles of provision and protection.

April returned to Britain in 2013, utterly exhausted, but was soon back in action with a new mission, working with Operation Mobilisation from a base in Zambia to train workers helping homeless children.

April Holden has discovered a strength beyond her own.

‘A remarkable testimony to what God can do when you follow him wholeheartedly.’ - Andy Butcher, author of Street Children